Amit Shah took a dig at Congress’s ‘Satyagraha’, said- Modi had appeared before the SIT without ‘drama, dharna’

Union Home Minister Amit Shah on Saturday took a jibe at Congress’s satyagraha. He said that PM Narendra Modi had also appeared before the SIT. But during this there was no drama or dharna performance.

New Delhi, ANI. Union Home Minister Amit Shah took a jibe at the Congress’s ‘satyagraha’ on the questioning of Rahul Gandhi by the Enforcement Directorate (ED) in the National Herald case. He said that Narendra Modi appeared before the Special Investigation Team (SIT) as the Chief Minister of Gujarat in connection with the investigation into the post-Godhra violence. But the BJP did not resort to ‘drama or dharna’ during interrogation. Shah made the remarks in an interview with ANI after the Supreme Court dismissed a petition challenging the clean chit given by the SIT to the then Gujarat Chief Minister Narendra Modi and several others in the 2002 riots. The petition was filed by Zakia Jafri.

Referring to his arrest in the Sohrabuddin Sheikh fake encounter case, in which he was later acquitted, Amit Shah said that the BJP had not staged any ‘dharna’ at that time.

The Home Minister took a jibe at the Congress party’s decision to stage protests in the national capital during the Enforcement Directorate’s questioning of Rahul Gandhi in the National Herald case, saying it was not the first clean chit to PM Modi. The Nanavati Commission has also given him a clean chit. Still SIT was formed and Modi ji was not doing drama in front of SIT.

‘We should cooperate in the judicial process’

‘A conspiracy hatched to implicate me’

The Home Minister said that ‘any protest against any judicial process is not justified because our view is considered right when the judiciary says so. I was put behind bars. I used to say that I am innocent. But when the court said that a fake case was registered against me and the CBI had hatched a politically motivated conspiracy to implicate me, then my point was proved right.

It is noteworthy that Rahul Gandhi was called for questioning by the Enforcement Directorate in the money laundering case related to the National Herald, during which Congress leaders and workers staged a fierce demonstration. During this shameful act of some leaders also came to the fore. While Congress leader Netta D’Souza spat on the security personnel, Alka Lamba clashed with the policemen. Several senior leaders including Chhattisgarh Chief Minister Bhupesh Baghel were also taken into custody in connection with the demonstration. 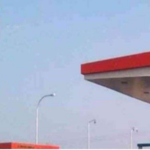 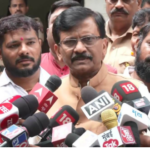 Redmi K50i may be launched in India soon, these features can be found