UP News: CNG becomes costly and troublesome in Ambedkar Nagar, drivers keep getting beaten up

Ambedkar Nagar, Newspaper. Lack of gas has become a problem for CNG vehicles. CNG is not available at the petrol pumps in the district headquarters. It is available only at four petrol pumps in the district, but the distance to all such pumps is quite large. In such a situation, vehicle owners are forced to make long hauls for CNG. In order to curb the air pollution spread by vehicles in the environment and to give relief to the vehicle owners from the cost of fuel, the auto companies have introduced CNG vehicles in the market.

The number of CNG vehicles has increased significantly in the last one year due to the opportunity to travel longer distances at less cost relative to petrol. At present, such vehicles have become a problem for the people. This is because of non-availability of CNG at petrol pumps. CNG is available in four pumps of the district, Palai Ramnagar, NTPC, Katehri and Jafarganj market.

CNG is not available at District Headquarters. CNG is available at petrol pumps at Palai Ramnagar, 13 km away, Katehri, 20 km away, NTPC and 15 km away at Jafarganj. Vehicle owners are forced to make long hauls for CNG. In this, vehicle owners have to spend extra for fuel. Due to this, such vehicles have started getting expensive for the vehicle owners. It also takes less quantity and more time to fill it due to the long queue, less pressure in the machine.

Bought the car a year ago due to the low cost of CNG car. At present there is no availability of CNG in the city. In such a situation, for the operation of the vehicle, almost 200 rupees more have to be spent for refueling. Due to which trouble is being faced. – Rajesh Agrahari, Businessman

The cost of fuel in a CNG vehicle is very less. Bought a CNG car from this. Now one has to run long daily for CNG. Companies should make available CNG at district headquarters. – Vivekmani Singh, teacher

The cost of CNG vehicle is less as compared to petrol and diesel vehicle. Due to this, people bought CNG cars for their convenience, but due to non-availability of CNG, people are facing problems. – Himanshu Pal, health worker

People are getting disillusioned with CNG vehicles. Because of the long haul for CNG in the vehicle. Long queues are also faced at the pump. This leads to additional expenditure of time and Rs. – Anil Kumar Verma, Teacher

CNG vehicles are giving trouble instead of providing convenience. There is an additional cost for CNG. In such a situation, companies should emphasize on its availability in the city. – Sanjay Verma, teacher

Petroleum companies are responsible for the availability of CNG at petrol pumps. Through them it is applied to the pumps. This facility is available at pumps at four places in the district. – Rakesh Kumar, District Supply Officer 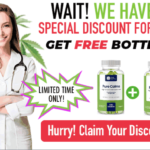 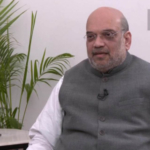 Next Article Amit Shah took a dig at Congress’s ‘Satyagraha’, said- Modi had appeared before the SIT without ‘drama, dharna’