Who are the Pasmanda Muslims, whom PM Modi called to join; What are its political meanings

Pasmanda Muslims Indian Muslims are mainly divided into three classes. Recently, PM Modi had appealed to the party leaders and workers to reach out to the poor sections of the Muslim community as well. It is being seen as a roadmap for the future politics of BJP.

New Delhi, Online Desk. The BJP had held a meeting of the National Executive in Hyderabad last week. In this meeting, Prime Minister Narendra Modi appealed to the party leaders and workers to reach out to the most backward sections of the society. He had said that we should reach out not only to the Hindus but also to the weaker sections of the minority communities. Referring to the minority community, he gave the example of ‘Pasmanda Muslims’.

A special and backward section of Muslim society was mentioned by PM Modi in the party meeting. This has attracted the attention of political experts. Political and Muslim affairs experts believe that PM Modi has mentioned Pasmanda Muslims under a well-thought-out strategy. This can be the roadmap for future politics of BJP. The BJP is focusing on that section of the Muslim community, which is traditionally considered to be the vote bank of the opposition parties.

Indian Muslims can be mainly divided into three social groups. First Ashraf, second Ajlaf and third Arzal. These three classes represent the social and economic status of the Muslims.

Ashraf is a social class of Muslims that is traditionally considered influential. According to Muslim scholars, this group includes Muslims who belong to the lineage of Muslim conquerors. These include upper caste Hindus who had converted to Islam long ago. Ashraf Muslims include castes like Syed, Mughal, Pathan etc. Apart from this, those who converted to Islam from the upper castes of Hinduism such as Rangad (Muslim Rajput) or Taga (religious Muslim) are also included in this class. Ashraf Muslim, economically prosperous and socially prestige and in high positions.

Pasmanda is a Persian word, which means ‘left behind’. Both the Ajlaf and Arzal classes are collectively called Pasmanda Muslims. It includes the economically and socially backward people of the Muslim community.

Experts believe that the Pasmanda Muslims were placed at a lower position than the rest of the Muslims. This is because they are those Muslims who converted from other religions and adopted Islam. These converting Muslims were part of the local population and they have converted to Islam much later. Most of these people used their titles on the basis of occupation, such as Ansari (weaver) and Qureshi (butcher) etc.

The leaders of the Pasmanda Muslims claim that they constitute about 80-85 percent of the total population of Indian Muslims. The remaining 15-20 percent of the population is of Ashrafs. The Pasmanda community raised its voice several times that the leadership positions were held by Ashraf Muslims, despite their presence in the Muslim population. For the first time in the 14th Lok Sabha, about 400 Muslims managed to reach the House. In this, the number of Muslim leaders of Pasmanda background was only 60.

If there is sympathy with Pasmanda, then the ideology will have changed.

Journalist and social worker-turned-politician Ali Anwar in his book ‘Masawat Ki Jung – Pasmanjar: Pasmanda Muslims of Bihar’ and ‘Dalit Muslims’ has raised the issues of Pasmanda Muslims and their economic and social status prominently. He formed an organization named Pasmanda Muslim Mahaz in 1998 to raise the voice of backward and downtrodden Muslims. He explains that Masawat means equality, which is the backbone of Islam. In order to get equal status, people had adopted Islam on a large scale. According to Ali Anwar, there can be no improvement in the condition of Muslim Dalits until they get reservation by declaring them as Dalits under Article 341. It is also necessary to increase their participation in politics. Therefore, caste census is necessary in all religions including Muslims. Pasmanda (Backward Classes or Depressed Classes) is in all religions. This demand was made in the House in 2009 while being a Rajya Sabha member. If PM Modi really sympathizes with Pasmanda Muslims and wants to bring them together then BJP will have to change its ideology.

Muslims and Christians do not have Dalit status

Earlier only Hindu Dalits were recognized under Article 341. The article was later amended to include Hindu Dalits who changed their religion to Sikhs or Buddhists. On the other hand, Hindu Dalits who converted to Islam or Christianity were excluded from this category. In 1989, on the recommendation of Mandal Commission, the VP Singh government had fixed 27 percent quota for OBC category. Then many sub-castes of Muslims were included in it. At present 79 sub-castes of Muslims come under OBC category.

Participation of Muslims in Yogi 2.0

The campaign to connect Pasmanda Muslims with BJP has started from UP. In the second term of the Yogi government (Yogi Adityanath 2.0 UP Government), Danish Azad Ansari, who comes from the Pasmanda community, was made a minister of state. Simultaneously, Javed Ansari was appointed as the chairman of the UP Board of Madarsa Education. At the same time, Chaudhary Kafil-ul-Wara has been appointed as the Chief of UP Urdu Academy. Javed and Chaudhary Kafil also come from the Pasmanda community. Not only this, BJP had also registered victory in the by-elections held in Azamgarh and Rampur in UP. The number of Muslim voters is very high in both the seats. This victory is also being considered as part of this strategy of BJP.

2. The way Karpoori Thakur had implemented the reservation formula in Bihar, it should be adopted so that people of any religion or caste do not have any kind of fear or doubt.

3. Job Opportunities for Pasmanda Muslims and Assistance under MSME Section.

After the suggestion of PM Modi, the minority wing of BJP has prepared a blueprint to reach out to the most backward Pasmanda Muslims. Jamal Siddiqui, the chief of the BJP Minority Morcha, himself belongs to the Pasmanda Muslim community. Most of the members of the Morcha are from different sections of the Pasmanda community. According to him, two types of plans have been made to reach the Pasmanda Muslims. The first is to ensure that the benefits of all the welfare schemes of the Modi government reach them. They will be given representation in other organisations, especially in party units where they are in majority. Members of Minority Morcha will contact Pasmanda Muslims across the country. Along with this, the BJP has also prepared a plan to honor the heroes of the Pasmanda community like Param Vir Chakra winner Veer Abdul Hameed, who was martyred in the 1965 war and organize celebrations on his birth anniversary. The BJP is trying to reach out to this community ahead of the assembly elections in various states and the 2024 Lok Sabha elections.

There is this discrimination in India, Pakistan and Bangladesh.

According to Shakeel Shamsi, former editor of Urdu newspaper Inquilab, basically there is no difference of caste among Muslims. There may be more or less at the economic level, but at the social level all are equal. So there is no such thing as Dalit Muslim. This discrimination exists only in India, Pakistan and Bangladesh. This is because people here converted to religion in the past, but could not get out of their strong lineage. Therefore the Muslims here could not eradicate social discrimination. In other countries the genealogical system was not so strong, so this discrimination did not arise there. 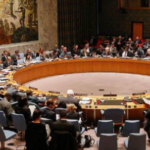 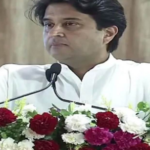