A child’s fingers got separated due to blast while playing with mobile battery, after which the child’s palm had to be severed after surgery in critical condition. The incident took place in Pali, Rajasthan.

Jodhpur, Dialogue Source. In Rajasthan’s Pali district of Jodhpur division, a child’s fingers were severed due to a blast while playing with a mobile battery, after which the child’s palm had to be severed after surgery in critical condition. The incident is from Raipur in Pali district. Here a 10-year-old child was playing with the battery of an old mobile, when there was an explosion. Due to which this accident has come to the fore.

The incident happened on Sunday morning. Here 10 year old Sahil was playing at home with mobile battery, when suddenly there was a blast. After this, when Sahil’s mother came running, she saw her son’s fingers stained with blood. Sahil’s father was outside at the time of the incident, who was informed. The child was first shown to a hospital in Raipur, where he was referred to Bhilwara when his condition became critical. In Bhilwara, doctors operated on him, in which the palm of his right hand has been cut and separated. The condition of the child is stated to be out of danger.

The sound of the blast heard far away

10 year old Sahil from Raipur studies in class 5th. Father does simple farming related work. Mother is a housewife and works from home. According to family members, the mother was working in the house. Father had gone to the nearby farm. On Sunday morning, Sahil was playing with the old mobile battery lying in the house. The battery exploded while playing. The explosion was so strong that the sound was heard for 200 meters. He told that how old the battery is, it is not known. Nearby people also gathered on hearing the sound of the blast.

Such an incident had happened two days back in Balada village of Pali district itself. Here a mobile phone kept in the pocket of a person exploded and his motorcycle was unbalanced and fell after hitting a tree on the roadside. After this the person died due to serious head injury. When his pants were seen burnt by the doctors in the hospital, it was learned that the incident happened due to an explosion in the mobile. 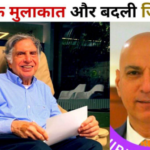 Previous Article How a coincidence meeting with Ratan Tata changed life, the businessman told that story! 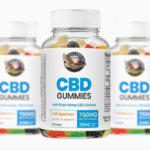 Next Article Trisha Yearwood Gummies :- IS IT SCAM OR LEGIT ? Peruse MY EXPERIENCE ! 2022

Delhi MCD News: Municipal Corporation of Delhi is going to take this big step for branding its schools.

It has been said in the order that whenever the PTM is organized, these successful alumni should also be called as guests. In addition, they […]