President Election 2022 Itishree said that when there was no way in the mother’s village, at that time she came to Bhubaneswar on her insistence and studied. At that time the children were not able to study. Seeing my mother, the children who studied got the inspiration to move forward in life.

Bhubaneshwar, Sheshnath Rai. Draupadi Murmu’s daughter Itishree Murmu after being made the NDA’s presidential candidate said that my mother is going to get the fruits of her hard work. We are all very happy for this. My mother is like an open book. She mingles with everyone very quickly.

Itishree has said that my mother is very hardworking, hardworking. Even before this, all the posts that the mother has got, she has worked on that post with full honesty and hard work. My mother was the first ward member. Later she became the Vice President, MLA and Minister. She also became the governor. When her mother was an MLA, she received the Neelkanth Award for her good work. Even when he was a minister, he did many good works. Whatever responsibility has been given to my mother, she has fulfilled it with truth and honesty. If she is made the President, she will work with truth in this position as well. The presidency will be respected.

According to the information, Itishree said that when there was no way in the mother’s village, the financial condition of the house was not good, at that time she came to Bhubaneswar on her insistence and studied. At that time the children were not able to study. Seeing my mother, the children studying in the village got inspiration to move forward in life. Coming from the village, he tried to do something in his life.

Itishree Murmu has said that there is not the slightest pride or arrogance in my mother’s mind. If there was pride in the mind of the mother, then when the mother got the news of becoming the presidential candidate, people would not have come in such numbers to meet. On receiving the news of being the Presidential candidate, a large number of people came from far and wide to extend their best wishes. My mother is an open book. She mingles with everyone. My mother’s lifestyle is quite simple. She does not like pompous life at all. While going to Delhi, the mother has said that take care of the children, take care of the house and live well.

The driver of Presidential candidate Draupadi Murmu has said that I am associated with Madam for 15 years. It is a matter of pride for Odisha and especially our Rairangpur that Madam has been made the Presidential candidate. It is a matter of happiness for our country that a tribal woman becomes the presidential candidate. I brought madam from Rairangpur to Bhubaneshwar MCL Guest House. From MCL guest house I took madam to the airport. After seeing the crowd of people on the way, Madam said, Look how many people love and respect us. She said, I will become the President, even then I will keep taking information about your happiness and sorrow.

It is worth noting that NDA Presidential candidate Draupadi Murmu has left for Delhi from Bhubaneswar this morning. She will file her nomination papers on Friday. She reached the airport from Bhubaneswar MCL guest house, accompanied by her daughter Itishree Murmu. Along with this, a large number of BJP leaders and workers were present at the Bhubaneswar airport. 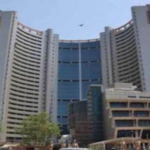 Previous Article Delhi MCD News: Municipal Corporation of Delhi is going to take this big step for branding its schools. 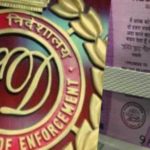 New bets on Twitter deal: When the company filed a case regarding the deal, Elon Musk took a jibe, said – just look at the irony

Twitter has filed a lawsuit against the world’s richest man Elon Musk in the Delaware court of America. Twitter wants Musk to complete the deal […]