There is a huge fire in the forests of California, USA. 12 thousand acres of forest have been destroyed in the fire near Yoshimite National Park. About 3,000 people have become homeless. Due to the rapidly spreading forest fire, more than 6,000 people have been ordered to move to safer places. Governor Gavin Newsom has declared a state of emergency in Mariposa County, California.

More than 400 firefighters trying to put out the fire
This is the worst fire in California’s forests this year. Over 2,000 houses have been evacuated in view of the fire. Out of this, 10 buildings have caught fire. Electricity of many industries has also been cut. More than 400 firefighters and 45 fire tenders are trying to douse the fire. Assistance of 4 helicopters and other JCBs is also being taken.

The fire has spread over an area of 48 sq km.
According to a fire official, the fire broke out on Friday afternoon in the southwest area of the National Park near the town of Midpines. By Saturday, it had spread to an area of about 48 square kilometres. Here, Oak resident Nick Smith told that due to dry season and scorching heat, there was a fire in the forest. The house where his parents had been living for 37 years was gutted. Now he has no house. 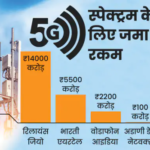 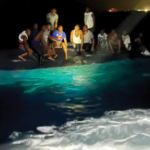