Just imagine that you may encounter such a person in life who will change your life in one meeting. Yes, a similar incident happened with a person. A chance meeting with Ratan Tata changed his life. The man has told that story now.

New Delhi, Business Desk. Ratan Tata is one of the biggest industrialists in the world. Apart from being a big industrialist, Ratan Tata is a true patriot and good social worker, who changed the lives of many people with his personality. It happens very rarely that a rich person is also a philanthropist, whom the society considers to be a messiah, one of them is Ratan Tata. You must be thinking that why are we talking so much about Ratan Tata today? If this thought is coming in your mind, then let us tell you that because of a person, Ratan Tata is again in discussion today.

Actually, a person has posted a post on LinkedIn referring to a coincidence meeting with Ratan Tata, after which the discussions of Ratan Tata’s true patriotism and simple nature have intensified on social media. The person who told that story, his name is Sanjeev Kaul, who is a partner of ChrysCapital Company. He shared the post on Linkedin and explained how Ratan Tata helped him set up his startup. Kaul told how his conversation with ‘The Patriot’ Ratan Tata on a flight changed his whole life.

Sanjeev Kaul told in the post that he was traveling in 2F in an evening flight of Jet Airways from Mumbai to Delhi in the year 2004. That day he had gone to a meeting regarding investment for a new startup, but his meeting did not go well. As the flight was on, Kaul was trying to figure out what could be wrong through a powerpoint presentation on his laptop. Kaul says that suddenly there was a silence and I saw a gentleman sitting next to me on seat 2D. I looked up and immediately recognized Mr. Tata. Attentive to the great personality sitting next to me, my heart started beating. But, soon I turned my attention back to Powerpoint.

While eating, Kaul dropped a glass full of orange juice on himself. Being a man, Tata immediately arrived with his handkerchief and helped him clean as far as he could. Kaul writes that I was very impressed and thanked him wholeheartedly. But, the story does not end here. A few minutes after the meal, I turned my attention to Powerpoint and thought about the loss as tears flowed. Mr. Tata noticed my moist eyes and asked me what had happened.

On this, Sanjeev Kaul said that India is going to lose two scientists, who want to form the country’s first Pharmaceutical Research & Development Company. Now those scientists are preparing to return to America. Wanted to start a startup with scientist and came to Mumbai in connection with his funding, but he has tried all his options, but did not get funding. After this Ratan Tata explained to Kaul and asked for his number. Tata said that soon you will get a call from our group. The same night at 9 o’clock Sanjeev Kaul got a call from the General Manager of Tata Group. Sanjeev was stunned after listening to the manager.

Manager asked Sanjeev if you can come to Mumbai for next day meeting with your two scientists. Kaul immediately said yes and after that he went to Mumbai, where he gave a presentation in front of the Tata Board and got the green signal. In this way he also got the fund for investment. Recalling that story, Sanjeev Kaul has described Ratan Tata as a patriot. He said that patriot Ratan Tata helped stop brain drain. Sanjeev says at the very beginning of the post that everyone talks about Ratan Tata, The Legend. But, I will talk about Ratan Tata ‘The Patriot’. 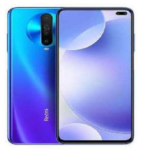 Previous Article Redmi K50i may be launched in India soon, these features can be found
Next Article Rajasthan: Blast occurred in mobile battery, after operation, the child’s palm had to be cut off

Earthquake tremors were felt in Pitcairn Islands on Wednesday. Here its intensity was 6.3. There is no report of any loss of life or property […]