Heavy rains lashed the mountains around the holy cave at Amarnath. Due to this, the ponds and springs near the Amarnath cave area got flooded at around 3 pm. The authorities immediately issued an alert so that a situation like the accident that happened on July 8 did not happen. So far more than 4,000 pilgrims have been evacuated safely. All of them were sent towards Panchtarni, the situation is under control.

26th batch of 2100 pilgrims had left on Tuesday

A new batch of over 2100 pilgrims from Amarnath left for the cave from Bhagwati Nagar base camp on Tuesday. This batch of 2,189 pilgrims is the lowest this year. A convoy of 73 vehicles left amidst CRPF security. Out of these, 815 pilgrims going to Baltal in 23 trains and another convoy of 49 vehicles carrying 1,374 pilgrims left for Pahalgam.

The cloudburst incident happened on July 8
Amarnath Yatra will end on August 11 on the occasion of Raksha Bandhan. 36 pilgrims have died during the current yatra, while on July 8, 15 pilgrims were killed in flash floods triggered by a cloudburst near the Amarnath cave shrine. According to official information, since June 29, 1,37,774 pilgrims have left for darshan from Bhagwati Nagar Base Camp.

Cloud burst within a radius of one or two km of the cave
On Friday, July 8, there was a cloudburst near the Amarnath cave at 5:30 pm. At the time when the cloud burst, 10 to 15 thousand devotees were present near the cave. About 25 tents and two to three langars set up for the devotees were washed away by the water that came with a strong current from the mountains. Due to the rain, the entire area was rapidly flooded and many people got affected by it. ITBP had told that 15 thousand people were sent to Panchtarni safely from near the holy cave. 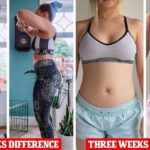 These stocks gave bumper advantage, price less than Rs 4 and returns more than 700%

The volatility in the stock market continues. But there are some penny stocks that have given investors a huge gain in the last one year. […]