To reach the lake made three km ahead of the Suryadhar dam, only 400 meters have been prepared so far. The road is being prepared with the help of Pokland machine. Departmental officials are claiming that the process of clearing the debris will be started soon after preparing the way.

The Pokland machine worked under the supervision of the departmental officers on Tuesday to make way for the artificial lake made from the debris of the cutting of Itharna Kalman Kukhai road in Saibuwala village of Gadul Gram Sabha. According to the officials, 400 meters of the road has been completed so far. Stones are also being broken at many places. Due to which many times there have been problems in the machines as well.

Gadul village head Dharampal told that the villagers are considering the artificial lake as a threat. On behalf of the villagers, the regional MLA Brij Bhushan Gairola has been requested to get the solution done soon. The villagers want the department to do its work soon. NOC has been given by the Panchayat. If needed, further assistance will be given.

Manoj Sharma, assistant engineer of PMGSY Narendra Nagar said that the department is working with full responsibility to make way to reach the lake. The lake is being monitored by the officials. Told that the water of the lake is also being discharged. Due to the hilly terrain, sometimes there are problems in the machines as well. The work of making the road is being done continuously. 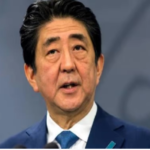 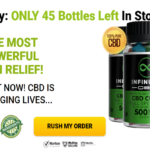 Rashtrapati Bhavan has made a film on the 14th President of the country, Ram Nath Kovind. Whose title is ‘From the Path of Paraunkh to […]

On the LDP regaining power, Prime Minister Fumio Kishida said that we will not only strengthen the army but will also amend the constitution. Japanese […]