The auction of 5G telecom spectrum is being held on Tuesday i.e. today. The online bidding process has started from 10 am and will continue till 6 pm. Reliance Jio, Bharti Airtel, Vodafone Idea and Adani Data Networks are among the bidders for 5G telecom spectrum.

In some media reports, quoting sources related to this matter, it has been told that the first and second rounds of 5G spectrum auction have been completed. The bidding process has now entered the third round. A total of 72 GHz spectrum worth Rs 4.3 lakh crore has been put on the block in the auction.

Its validity will be 20 years. The auction is taking place for various low frequency band, medium and high frequency band radio waves. The company that is successful in this will be able to provide 5G service. In India, 5G is being claimed to be about 10 times faster than the current 4G service.

What is spectrum and how does it work?
Airwaves are radio frequencies within the electromagnetic spectrum that can carry information wirelessly for many services, including telecommunications. The government manages and allocates these airwaves. The spectrum can be divided into bands ranging from low frequency to high frequency. High-frequency waves carry more data and are faster than low-frequency waves, but they can be easily blocked or obstructed. Lower-frequency waves can provide wider coverage. 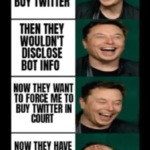 Previous Article New bets on Twitter deal: When the company filed a case regarding the deal, Elon Musk took a jibe, said – just look at the irony 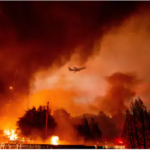 Next Article Massive fire in California wilderness: 12 thousand acres of wilderness destroyed; Orders for 6 thousand people to go to a safe place